Wildlands News: Over the winter Kentucky Natural Lands Trust (KNLT) protected an additional 431 acres of wildlands on Pine Mountain in Harlan County. KNLT worked with a local family and a regional company to acquire two separate tracts of land that expanded its Salt Trace Gap Preserve to 2,391 acres. The newly safeguarded wildlands protect forested habitat and headwater streams within a migratory corridor that stretches through eastern North America. The new lands also secure links in the unfolding route of the 1,800-mile Great Eastern Trail, an import asset to the economic transition underway in the region. 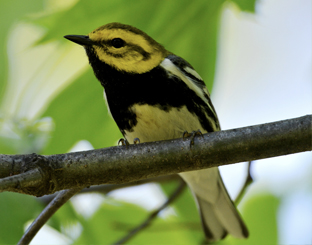 Salt Trace Gap is within the original protection plan for Blanton Forest, the old growth forest project that launched KNLT more than 25 years ago. The preserve is part of a matrix of conservation lands along Pine Mountain that protect a biodiverse and climate resilient landscape. KNLT continues to work with landowners, local communities and conservation partners to protect the mountain’s 125-mile ridgeline. These partnerships have protected more than 69,500 acres (nearly 40%) of Pine Mountain.

“Through diverse partnerships KNLT is safeguarding Pine Mountain, a Central Appalachian landscape that is essential to protecting all life on the planet.” ~ Greg Abernathy, KNLT Executive Director

Large landscape conservation depends on the power of partnership. KNLT deeply appreciates the support of individual donors, foundations, and partners. This particular project was made possible by the James Graham Brown Foundation and the Imperiled Bat Conservation Fund (U.S. Fish and Wildlife Service, Kentucky Field Office).

Over the next year, KNLT plans to purchase and protect additional tracts nearby to continue to expand the Salt Trace Gap Preserve. Anyone interested in learning how to get involved with this project can sign up for KNLT’s E-news: KNLT.org/get-involved/#stayintheknow

Projects like these would not be possible without the support of our donors! Join our movement and give today: DONATE NOW