We were honored to be highlighted as part of Wild Open Spaces: Re-envisioning Public Lands from Harlan County to the High Line, a talk held in late November in New York City. Bronx painter, Rebecca Allan, attended KNLT’s artists’ retreat earlier this year and was so moved by Pine Mountain and our work that she featured it in her exhibition, This Ravishing Earth, on display at the offices of the Rockefeller Brothers Fund in New York City through December 31, 2017. The exhibition is dedicated to “…the artists, naturalists, and writers of the Pine Mountain Collective at Kentucky Natural Lands Trust.”

The talk was a fantastic conversation between Rebecca, her friend Charles Renfro (lead architect of the High Line park in NYC) and Stephen Heintz (president of the Rockefeller Brothers Fund). Their discussion was framed around the importance of public lands, both urban parks and wildlands, in the face of a changing world. It was a good reminder of how urban parks and wildlands are linked and intertwined, and we came away realizing that in many ways Pine Mountain is the High Line of Appalachia. 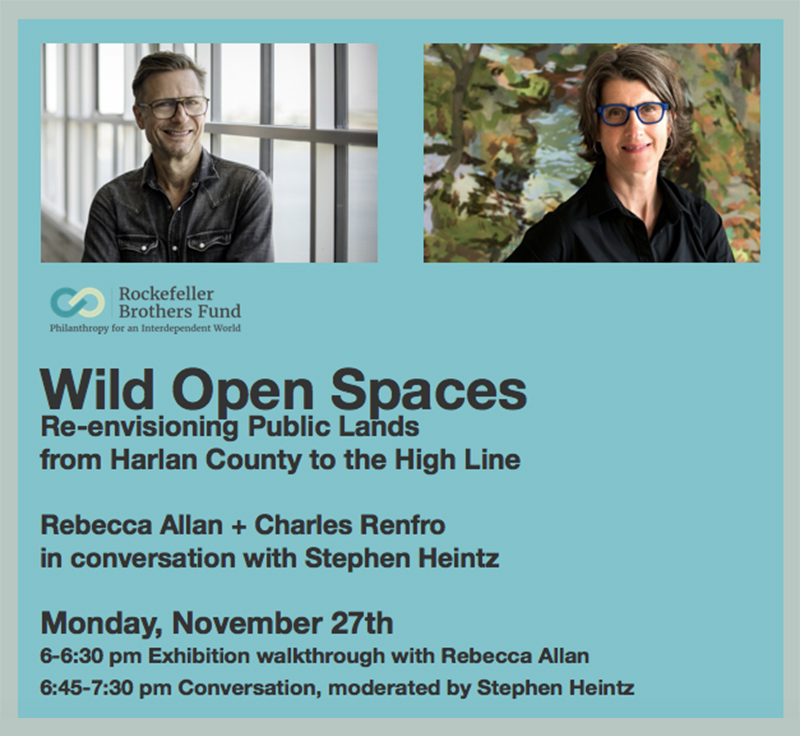