KNLT’s work to protect the Bernheim-Fort Knox Wildlands Corridor is providing key habitat for golden eagles. Researchers have been monitoring two eagles, Harper & Athena, to learn more about how they’re using and navigating the landscape. The pair of golden eagles are using Bernheim as their overwintering base and have also been utilizing the surrounding larger intact forest tracts of the upper Salt River Watershed. We were excited to learn that they’ve been visiting KNLT’s Crooked Creek Preserve located just west of Bernheim.

Through the Bernheim-Fort Knox Wildlands Corridor, KNLT and our conservation partners aim to protect forests and farmland between Bernheim, a 16,000-acre research forest and arboretum, and Fort Knox, a 109,000-acre US Army post south of Louisville, Kentucky. Bernheim and Fort Knox both protect significant tracts of contiguous forest, representing some of the largest forest tracts found in the state. Oak hickory forests cover most of the knobs and species such as Indiana bats, golden eagles, Olympia marbles, and Southern leopard frogs are found throughout the region. The corridor protects unique wetlands, headwater streams and riparian forests within the Salt River watershed. The corridor is important intact habitat that is uncommon in this region of the state.

Other partners include the Office of Kentucky Nature Preserves, Kentucky Division of Forestry and Kentucky Department of Fish and Wildlife Resource. Learn more by visiting: https://knlt.org/bernheim-ftknox/ 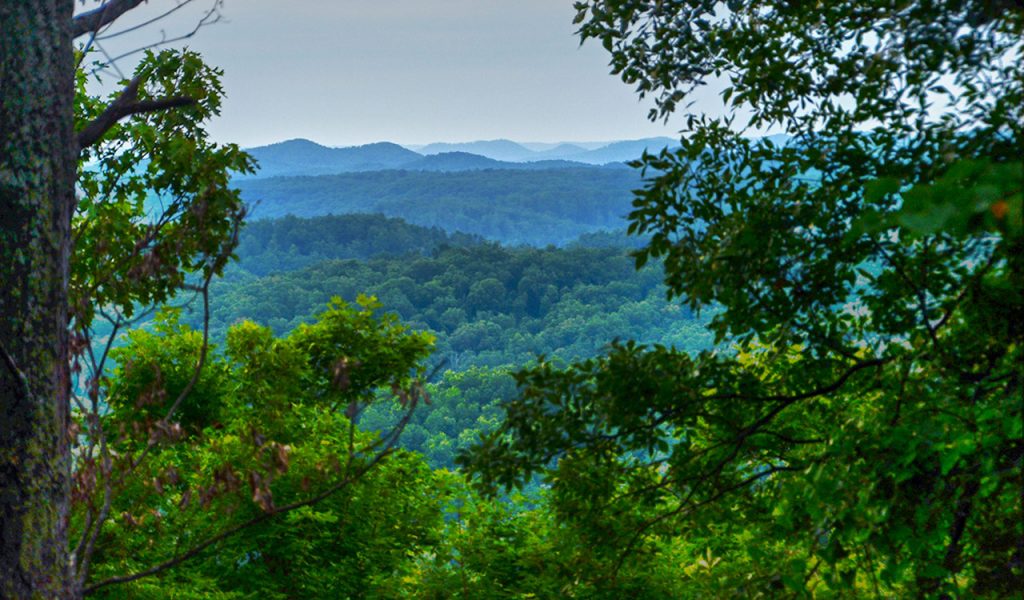