A Journey Through Myxomycetes: A Forest Steward Perspective

My journey with slime molds all began in an introductory biology course taught by Dr. Adam Rollins at Lincoln Memorial University, little did I know that the course would shape my future and my perspective of nature and slime molds. This all happened with the introduction to a little known organism called myxomycetes or plasmodial slime molds. 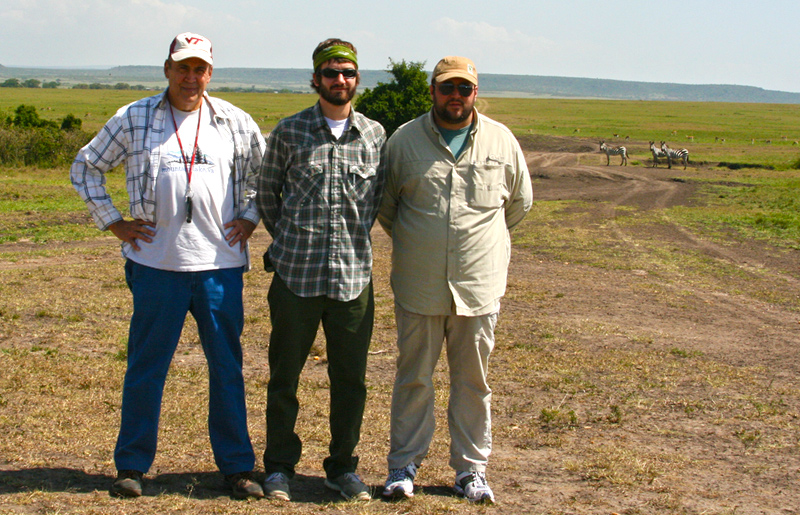 What are slime molds?
Slime molds or myxomycetes are a relatively small homogeneous group of eukaryotic organisms. Myxomycetes are commonly found in detritus or decaying material throughout the world. They are known to be good bio indicators of rich and diverse areas, much like lichens. According to Alexopoulos in 1963, “The members of this group are widely distributed, occurring wherever conditions on the earth’s surface permit growth of vegetation, but are particularly abundant in forest areas, where they appear in great profusion on dead and decaying wood, or woody litter, and on dead leaves.” They have relatively small fruiting bodies only reaching 1 to 2 millimeters in length, but can still be easily seen by the naked eye. Slime molds resemble fungi to the untrained eye, but are not fungi, and are considered to be more closely related to the protozoans. Anton de Bary, Lister, Hagelstein, and Olive proposed the name Mycetozoa, which was derived from the Greek words zoon (animal) and mykes (fungus). The reason they proposed this is due to the life cycle of myxomycetes. 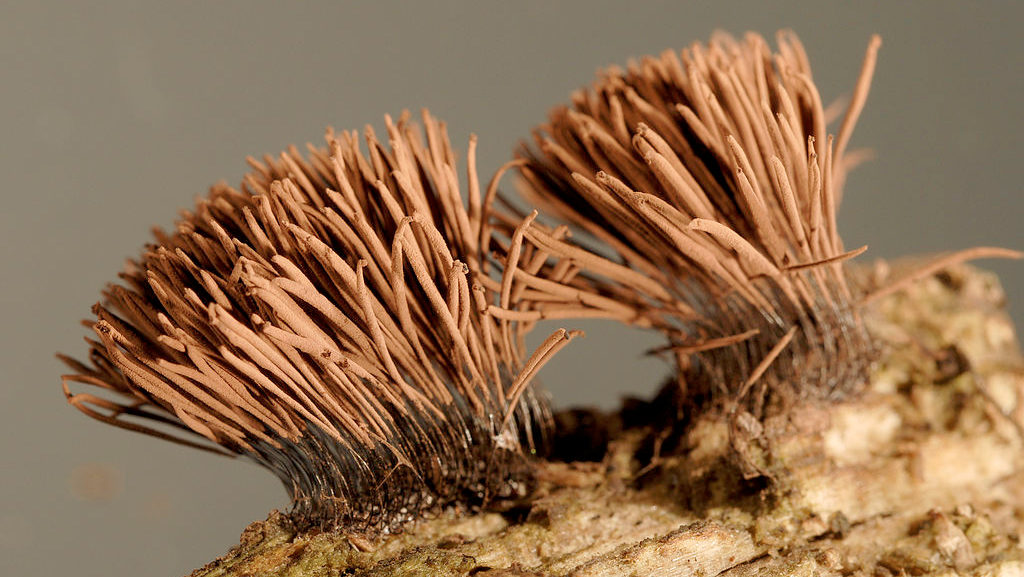 The life cycle of a myxomycete is broken up into two distinct stages—the plasmodium and one or more fruiting bodies that develop from the plasmodium. Actually, the complete life cycle is somewhat more complicated and includes an additional unicellular stage that is too small to be observed.

– The life cycle begins with a microscopic spore released from a fruiting body.
– Spore germinates to produce one to four haploid, unwalled protoplasts (or cells). Some of these protoplasts are flagellated when released while others are amoeboid depending on the atmosphere. If the surroundings are moist then the germinating spore will develop flagellum but if the surroundings are dry, then the protoplast will not develop flagellum and become amoeboid. The amoeboid may eventually develop flagella or in some cases remain amoeboid.
– Amoeboid and flagellated cells (as known as Myxamoebae) and swarm cells divide by binary fission. The cells will consume nutrients and divide making new cells.
– Two compatible myxamoebae or swarm cells fuse to form a zygote. This involves the fusion of the protoplasm of both and the fusion of their nuclei as well.
– The result of the diploid zygote is a plasmodium that begins to eat and grow, followed by a series of synchronous nuclear divisions, it remains a single giant cell.
– At maturity, a small plasmodium contains several hundred nuclei, larger plasmodium contain an unimaginable amount of nuclei.
– The plasmodium eventually undergoes the transformation that results in the production of one or more fruiting bodies. It is still unknown as to what triggers this transformation and formation of fruiting bodies. Once the fruiting bodies are formed they begin to produce spores and the life cycle begins all over again.

The plasmodium of these organisms have been known to complete mazes in route to a food source and some spores have been known to journey across the world through wind dispersal, which was a basis for my undergraduate research comparing grassland species in North America and Kenya.

Where can they be found?
These complex and unique organisms can be found all throughout the world. They are primarily found on decaying plant material and anywhere the plasmodium decides to produce fruiting bodies. They have even been found in herbivore dung. I have been fortunate to conduct three slime mold research projects with, my mentors, Dr. Adam Rollins and Dr. Steven Stephenson, in the Smoky Mountains collecting slime mold specimens and leaf litter for lab cultures, a trip to Africa to study grasslands in the Maasai Mara National Reserve in Kenya, and my latest trip to study the fungal biodiversity of Thailand at the Mushroom Research Center in Chaing Mia. All three of these research opportunities were funded by the National Science Foundation and I have been extremely fortunate to learn a great deal about slime molds.

The Smoky Mountains trip was primarily to learn where to find and how to collect specimens and a great introduction to the world of slime molds. This trip led to the next chapter in my exploration with slime molds in Africa. 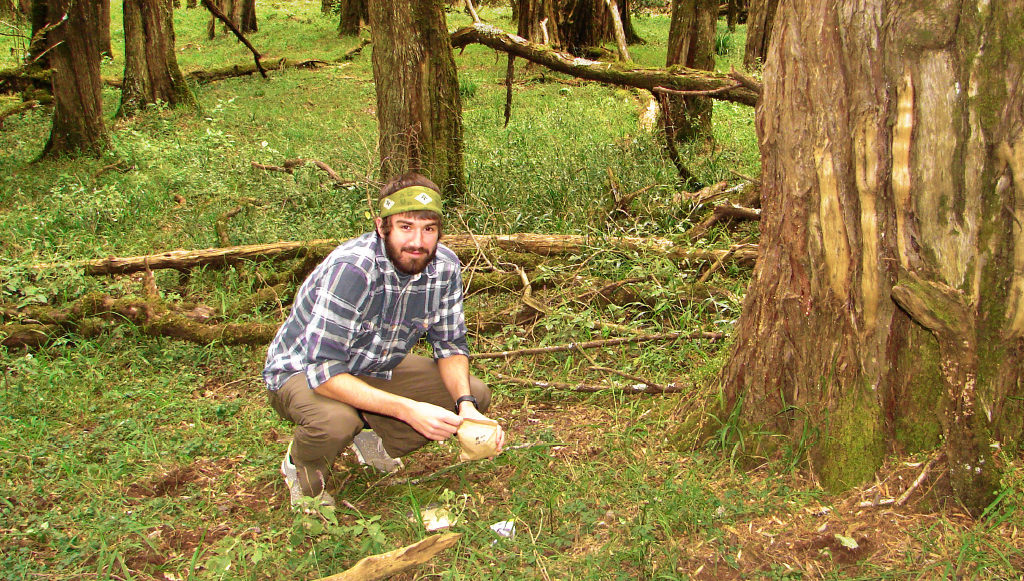 The grassland research in Kenya was by far one of my greatest adventures and I was able to see the vast wildlife in its natural habitat such as a cheetah, lion, hippopotamus, zebra, flamingo, giraffe, antelope, gazelle, hyena, baboon, wildebeest, warthog, elephant, African crocodile, ostrich, and many other species. This trip was absolutely breathtaking and I was able to learn how to setup research grids for collecting samples to have shipped back home for laboratory examinations. I was able to assist with the first workshop about myxomycetes in Kenya at the Niarobi Museum led by Dr. George Ndiritu, Dr. Adam Rollins, and Dr. Steven Stephenson. 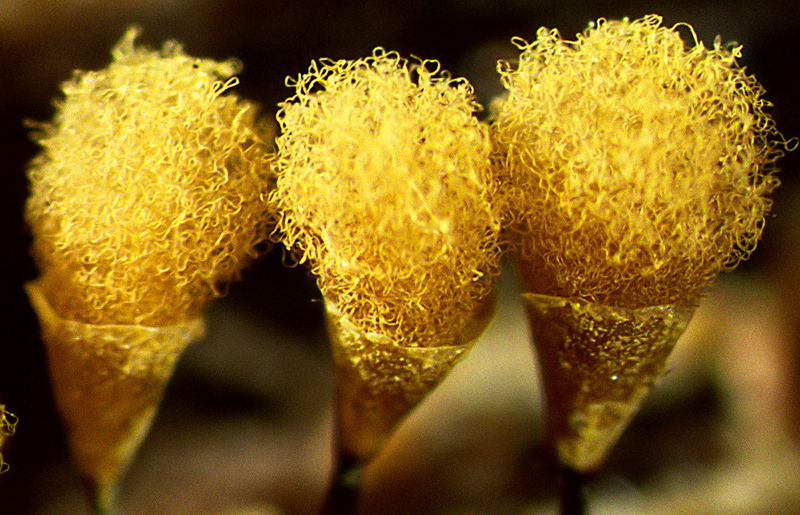 This research led to my next exploration to Thailand researching the biodiversity of fungus and fungus-like organisms associated with tropical forests in Northern Thailand at the Mushroom Research Center in Chiang Mai. This trip allowed for more interaction with local students and the research required for students to select a topic and present the findings at Mae Fah Laung University at the end of the trip, while conducting field and laboratory work alongside scientists and local students. I was able to conduct research in the tropical rainforest and a bamboo forest. The experience was breathtaking and the culture that I was able to see firsthand and experience while I was there is unforgettable. I was able to work closely with Dr. Thida Win Ko Ko, the local mycologist, in Thailand and appreciate all of her help. We were even able to visit a local elephant camp and an orchid farm towards the end of our adventure. 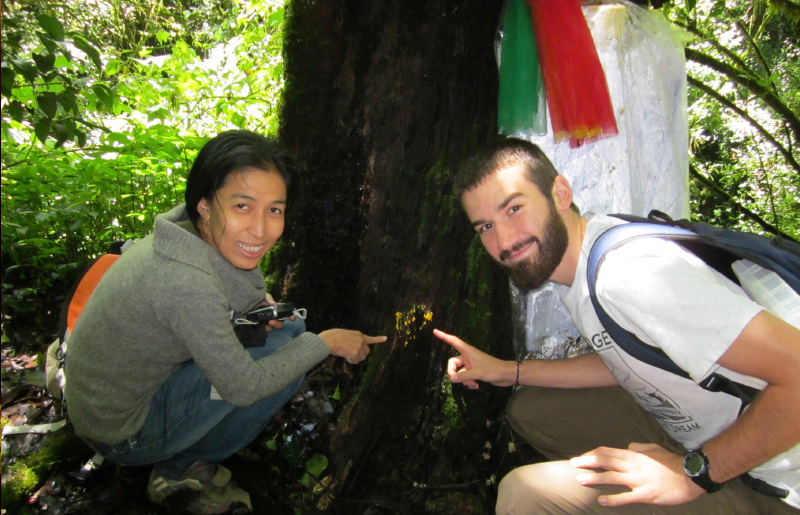 The current slime mold exploration that I have been a part of is on the Pine Mountain Wildlands Corridor in Kentucky. This unique and highly diverse mountain range of old growth forest is a haven for an array of many different species. The role of slime molds as a biological indicator for healthy areas and decomposition of organic material show that this mountain range is biologically significant not only for slime molds, but other biota.

Myxomycetes play many roles in the environment and provide shelter, food, and breeding sites for various amounts of insects. Another group of slime molds, the Dictyostelids, play an important role in soil and decaying litter by controlling the bacterial populations. The dictyostelids consume the bacteria formed from decaying material and then later become food, thus playing the essential role in nutrient cycling and energy flow within ecosystems.

There is still much to be learned from these unique and extraordinary organisms and their role in nature. It amazes me to this day that such a small organism like slime molds have had such a large impact on my views of nature and the role I have in protecting and preserving Pine Mountain as a Forest Steward for Kentucky Natural Lands Trust.