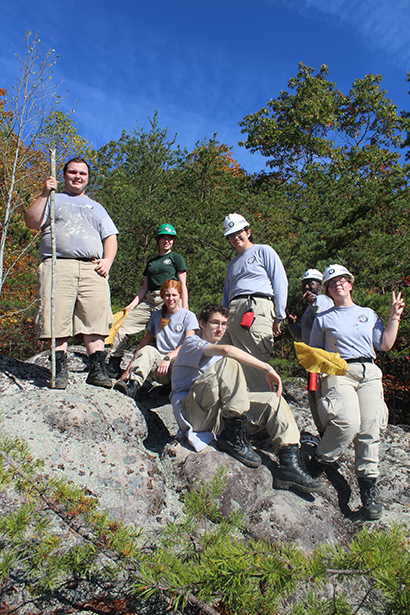 Altitude fatigue, changing leaves and near constant motion sickness – this is how AmeriCorps NCCC Delta 2 Team started their time with the Kentucky Natural Lands Trust. Little did they know what the next four weeks of their lives would bring. From building a part of history to nighttime encounters with the wildlife, Delta 2’s time in Kentucky was never dull and never anything approaching boring. Coming from a trail building project in West Virginia with the West Virginia Land Trust, the team thought they had a pretty good idea of what to expect. They would be shown how wrong they were on their very first day of work away from their lodging. Climbing 1.8 miles with a thousand feet elevation change was quite a change from the trails in West Virginia and an even greater change from their first project, Hurricane Florence disaster recovery in North Carolina.

Working with both the Kentucky Natural Lands Trust (KNLT) and the Pine Mountain Settlement School (PMSS) to maintain and re-clear the trails under their protection, Delta 2 has learned an immense amount regarding the local area and the work that both of these wonderful organizations perform on a day to day basis. As a side effect to being fully immersed in the surrounding environment, Delta 2 has gained an appreciation for the natural world unprecedented to its members before now.

During the teams stay in the Pine Mountain region of Kentucky they got to be a part of history, blazing and subsequently building a mile of the Great Eastern Trail destined to stretch from New York to Alabama and rival the Appalachian Trail in terms of both breadth and prominence. This was done by clearing underbrush and invasive species with loppers as chainsaws cut a path through the thicker brush near the end of the trail. After this was done, additional members came in behind and leveled the trail with Pulaskis and fire rakes to allow for smoother walking. 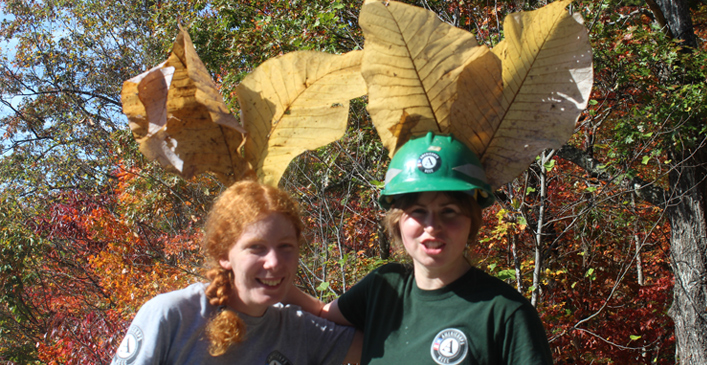